Blues´ first competitive appearance in Europe turned into something of a damp squib as the teams played out a largely uneventful goalless draw in front of a paltry crowd of just 7,000.
The game was moved from Inter Milan´s main San Siro stadium to their former 30,000-capacity ground, which they now used as a training base, but as it was located in the city centre rather than one of the outer districts it was hoped that this might persuade a few more of the home fans to turn out.
However Italians were not overly keen on floodlit matches and the 10pm kick-off may have put some off but it was perhaps more to do with their team´s poor recent form.
Inter were lying fourth in their league which was considered as a calamity by the club´s fans.
Those that did turn up spent must much of the game jeering at their own players after a below-par home performance. But that´s not so say that Blues´ display was any better.
Gil Merrick was the visitors´ man-of-the-match as he pulled off two point-blank saves to keep Inter at bay.
Arthur Turner´s men had made a promising start to the match with Peter Murphy firing just over the bar and then Geoff Cox breaking clear but being denied by Italian international goalkeeper Giorgio Ghezzi.
But that was the sum total of both side´s attacking forays and the game petered out into stalemate.
Blues boss Turner declared himself satisfied with a draw against such illustrious opponents, particular considering that he had fielded a defence that included four reserves due to the absence of Jeff Hall and Trevor Smith and injuries to Roy Warhurst and Len Boyd.
Jack Badham was the most impressive deputy as he kept the experienced and speedy Inter fans´ favourite Lennart Skoglund in check.
The Swede was one of eight internationals on show in the home ranks and that too added credit to the result, one that was to prove pivotal in Blues´ bid to finish top of the group and progress to the knockout stages. 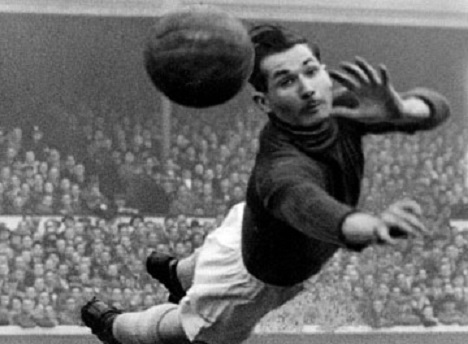