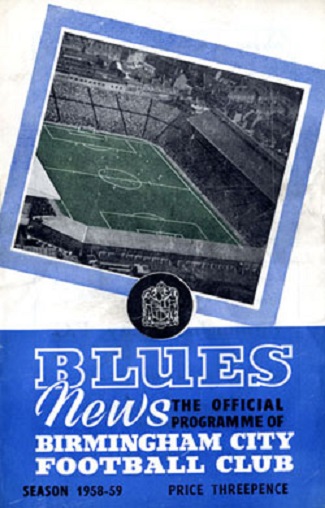 Pat Beasley´s side comfortably progressed to the second round of the Fairs Cup as second half goals from Bunny Larkin and Brian Taylor secured a 2-0 victory in the return leg at St. Andrew´s.
The Cologne side was seriously depleted with four of their star men unavailable for the trip. Captain Hans Shafer was ruled out through injury and the player who was pencilled in to deputise at inside-left, Josef Röhrig, another German international, also had to cry off at the last minute after he too picked up an injury in their final league match before the Fairs Cup clash. Fritz Breuer also sustained a problem in the same game while the experienced Georg Stollenwerk was ruled out due to business commitments. Unlike the Blues players who were professionals, the German team were all £3-a-week part-timers and their business employers could refuse to allow them the time off.
A crowd of over 20,000 filed through the St. Andrew´s turnstiles to cheer on a Blues team unchanged from the one that had lost narrowly away to Blackburn Rovers at Ewood Park the previous weekend. Eddy Brown and Larkin had seemingly earned Blues a point before a late winner from the home side left Beasley´s side without a victory in five matches and languishing just above the relegation zone in the First Division.
But three days later the smiles were back on Blues faces as Larkin finally broke through a stubborn visiting defence to open the scoring just before the hour. And victory was sealed with Taylor´s strike eight minutes later. The home side should have won by more than two and were denied a penalty when Taylor was clearly brought down inside the area but the Italian official awarded a free-kick instead.
It was a satisfying night for Beasley and his players as the team strolled into round two although the night ended dramatically for three of the squad. Dick Neal, Johnny Gordon and Gordon Astall were involved in a car crash on their journey home but fortunately the trio escaped without serious injury. 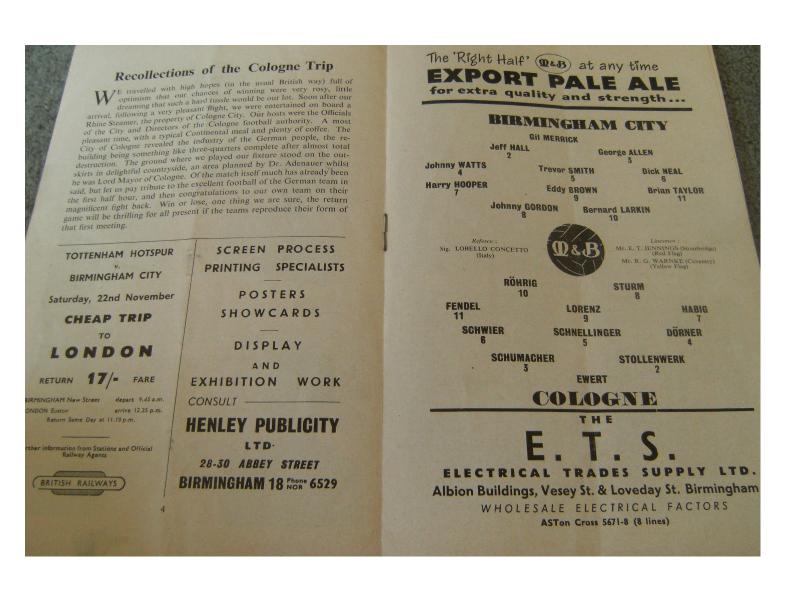