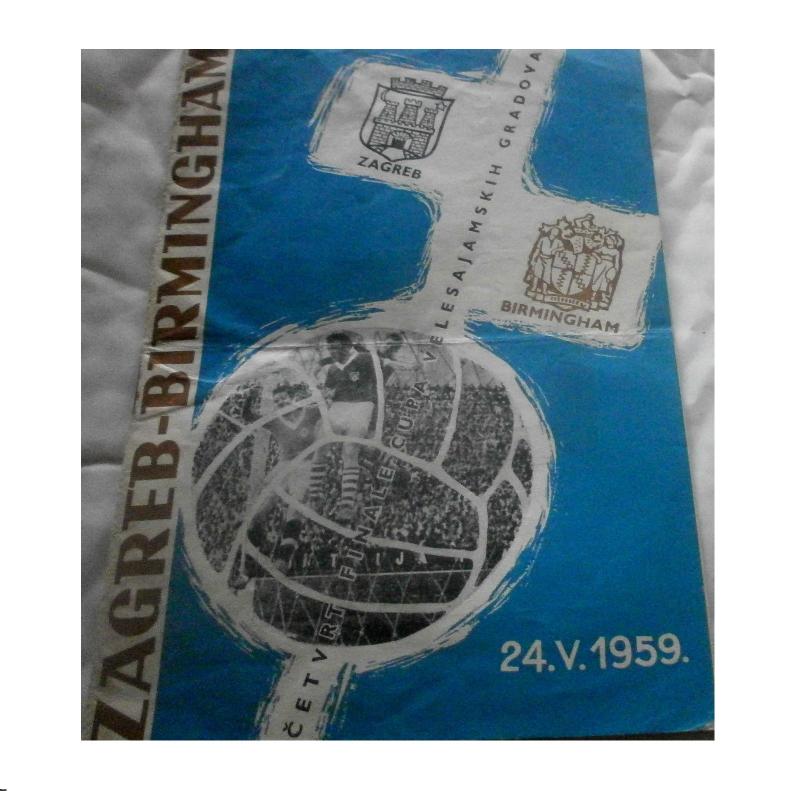 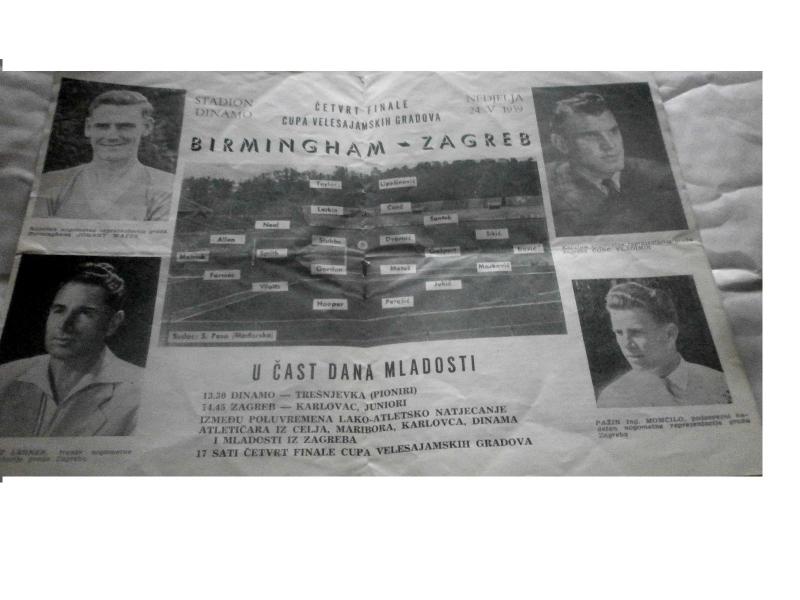 Having missed the first leg due to his commitments with England, Trevor Smith returned to the fold for the crucial second match in Zagreb. A bout of tonsillitis forced him to miss all the fun and games in Switzerland but he travelled out to Zurich to meet up with the rest of the squad ahead of the flight to Zagreb.
Smith was one of two changes made by Pat Beasley to his side from the first game with Gordon Astall fit to return in place of Brian Taylor. It proved to be a very eventful return to the side for highly-rated defender Smith who produced a man-of-the-match display as Blues secured a semi-final berth after the teams shared six goals in a ding-dong battle.
Bunny Larkin was again Blues´ savour as he bagged a brace with a goal from Harry Hooper sandwiched in-between. Veteran striker Dionizije Dvornic also scored twice for the home side as he reduced the deficit to 2-1 and 3-2. And when Franjo Gaspert levelled the score on the night with three minutes left it made for a nervy finish but Blues held on to secure a 4-3 aggregate win. That wasn´t the whole story though as Smith slightly marred his outstanding display by clashing with Zagreb´s two-goal hero Dvornic towards the end of the game and both players were given their marching orders.
But that aside, the result was enough to see Beasley´s side progress to the last four and left the Blues boss to reflect happily on his side´s post-season exploits: "A very happy tour in all respects," he commented. "We are happy about the results and certainly happy about the splendid hospitality given to us in Switzerland and Yugoslavia. We had great receptions and the big crowds enjoyed out play."

SMITH IN CONTRACT TALKS
Trevor Smith put a dampener on the Fairs Cup celebrations by declaring on the team´s return to Birmingham that he was yet to agree a new deal with the club. The 23-year-old was being touted as a possible successor to Billy Wright in the England team and he was clearly considering his options having suffered something of a fall-out with the club. "I have not made my mind up, he said. "It depends on what happens in a month or two, but in any case I shall decide before the end of the close season." By the end of the summer Smith eventually opted to remain at St. Andrew´s where he stayed for another five years and played a key role in the club´s future Fairs Cup escapades. 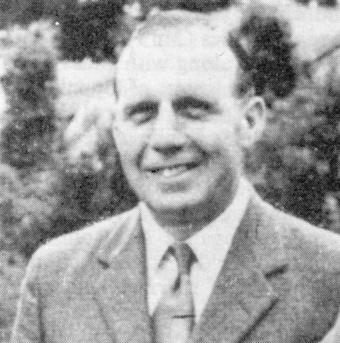