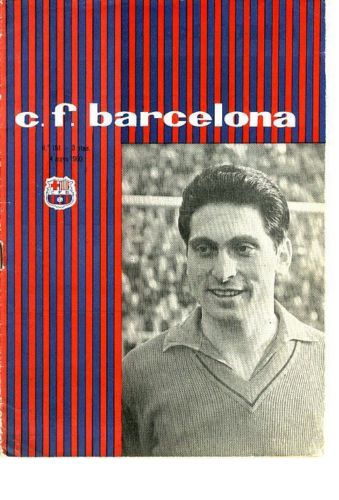 SEASON FINALE AT THE NOU CAMP
Blues went into the second leg boosted by a successful end to the 1959/60 league season which saw Pat Beasley´s side win four or their last seven First Division games to drag themselves out of the relegation zone and secure another term in the top flight.
A dreadful run of just one win in the opening ten games had left the team marooned at the foot of the table and they struggled to claw themselves away from danger until the late upturn in fortunes. Beasley´s charges knew they would need to display their very best form against the mighty Barca to give themselves any chance of lifting European silverware.

BARCA IN TURMOIL
Blues were facing a Barcelona side still reeling from a defeat to Real Madrid in the European Cup semi-finals just one week earlier. The natives were restless after the 3-1 home reversal to their bitter rivals and manager Helenio Herrera paid the ultimate price as he was relieved of his duties at the Nou Camp. Herrera was even forced to flee the country due to attacks and insults from fans. A crowd of 75,000 packed into the ground looking for their side to partially make amends with an emphatic victory against Blues. Only a big win would calm them so Pat Beasley´s side were not only facing one of the best sides in Europe but also tens of thousands of home supporters baying for blood. The visitors were followed to foreign shores by a small band of 60 Bluenoses who would try and make themselves heard over the Spanish din.

Blues left back George Allen shrugged off an injury that forced him to miss the last two league games of the season to take his place in the visitors´ back four. Graham Sissons made way in the only change to the team that beat Blackburn Rovers 1-0 on the final day.
Peter ´Spud´ Murphy had returned to the Blues side towards the end of the campaign after an absence of 17 months to lend his guile and know-how to the survival bid. At the age of 38, the striker scored crucial goals to help the club retain their top flight status and his swansong came at the Nou Camp as he made his final ever appearance. Murphy´s inclusion was the only change to the Blues team that had done so well to hold Barcelona to a draw at St. Andrew´s five weeks earlier.
The departure of Helenio Herrera from the Nou Camp helm heralded the return to the side of Ladislav Kubala. The Hungarian international had been frozen out after a fall-out with Herrera but he was immediately recalled for the visit of Blues. Also back in favour was outside left Zoltan Czibor with another Hungarian, Sándor Kocsis - scorer of four of Barcelona´s goals in their 5-2 thrashing of English champions Wolves at Molineux in the European Cup - and injured Luis Suarez making way.


Blues were unable to reproduce their defensive heroics of the first leg as Pat Beasley´s out-of-sorts side conceded two early goals to leave them with an insurmountable task in front of a vociferous home crowd.
Eulogio Martinez headed the hosts in front in just the third minute from Luis Coll´s corner. And when Zoltan Czibor doubled the advantage just three minutes later with a fantastic shot from the edge of the area, there was little doubt to which team the cup would be heading. Former Hungarian international Czibor scored again four minutes after the interval and although Blues´ best player on the night, Harry Hooper, was unfortunate to see his shot crash back off a post, in truth Beasley´s team were never in the contest and Barcelona should have scored a few more early goals with Martinez and Ladislav Kubala both missing gilt-edged chances.
Coll hammered the final nail into Blues´ coffin with the fourth goal courtesy of a fierce right-footed drive through a crowd of players just 12 minutes from time. By that stage the visitors had begun to let their frustrations get the better of them with some over-the-top tackles bringing whistles of disparagement from the crowd and yellow cards for Brian Farmer and Johnny Watts.
Blues did regain a measure of respectability as Hooper deservedly got his name on the scoresheet with ten minutes left. It was too little, too late for the Blues team to have any chance of earning their £4-a-man win bonus. Instead it was the Barcelona players that walked away considerably richer with their club rewarding them with a staggering £218 each - a small fortune in those days - for ensuring the Fairs Cup remained at the Nou Camp after their success in the final of the previous tournament two years earlier. 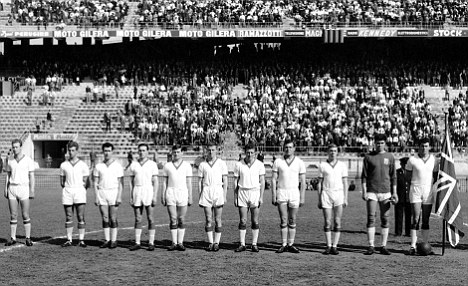 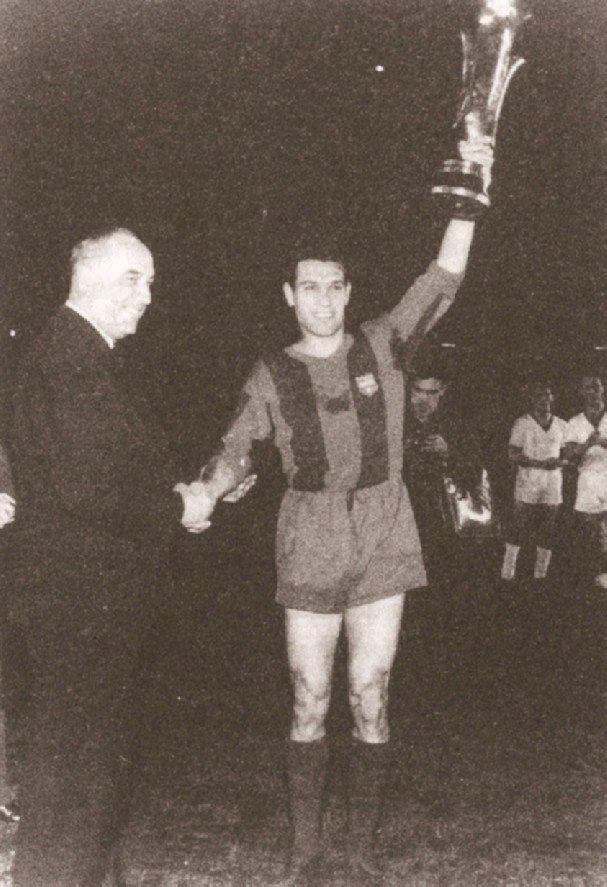 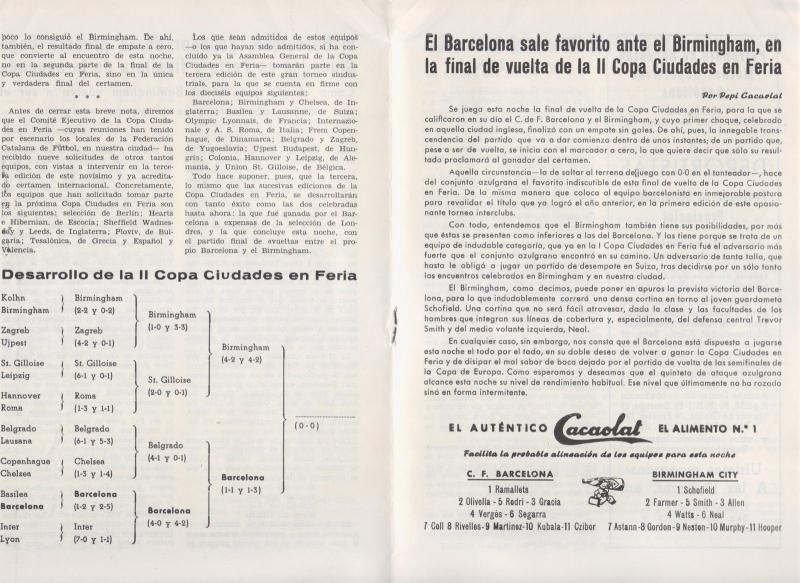