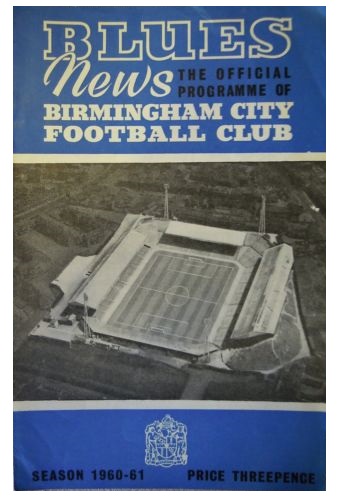 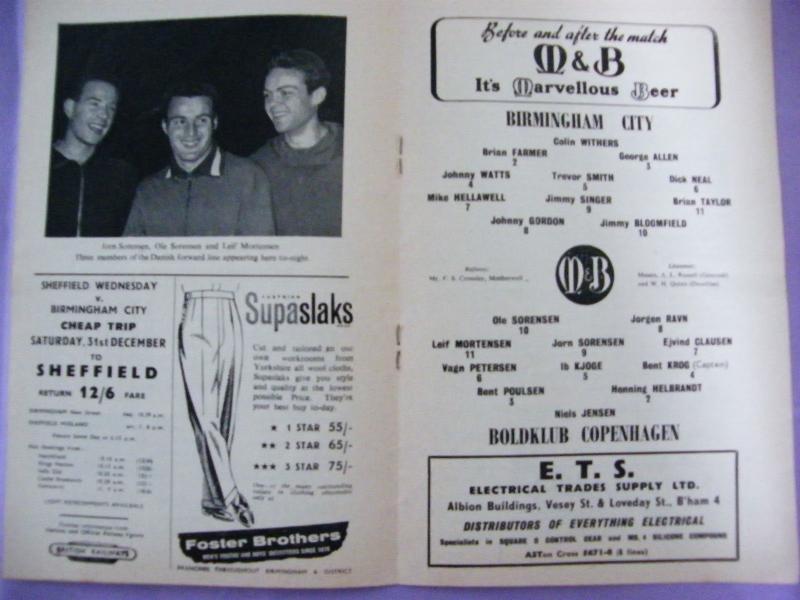 HARRIS SET UP FOR DEBUT

The second leg of the tie was played at St. Andrew´s two weeks later and by that time another new face had arrived in the home dressing room. Blues splashed out £20,000 to lure Jimmy Harris away from Everton.
The 26-year-old had recently turned down a move to West Brom but he opted to sign for Blues after being promised the number nine shirt by Gil Merrick. Harris had been at Goodison Park from the age of 15 and during those years he was played for long spells as a winger when his preferred position was centre forward.
After completing his move to Blues, Harris commented: "Now my chance has come with Blues because Mr Merrick has told me he will play me as a centre-forward. I understand that if I Joined the Albion I would also have to play as a winger." Merrick insisted: "Our firm bid was not made until we had heard that Harris had declined to sign for Albion."
Harris added: "It is strange moving to another club, and another city, after such a long time with Everton - particularly considering that I was still a first team player at Goodison Park. But when they signed Alex Young from Hearts, I knew my first team days as a centre-forward were numbered."


Blues strolled into the semi-finals of the Fairs Cup after a comprehensive 5-0 win with home debutant Jimmy Harris and the other recent recruit Jimmy Bloomfield both on target.
Three goals in four blistering minutes early in the second half knocked the stuffing out of the visitors and ensured a comfortable ride into the last four. Robin Stubbs set Blues on their way with the opener after only four minutes as he burst onto Johnny Watt´s long ball and fired past Niels Jensen. The goal rush started three minutes after the interval when Harris took advantage of a goalkeeper error to notch his first goal for his new club. The visitors number one wasn´t covering himself in glory and just 60 seconds later he failed to hold a weak effort from Harris and Mike Hellawell followed up to score. Blues´ fourth goal came from Bloomfield after another slip from the keeper on 53 minutes and the scoring was completed midway through the second half as Stubbs cut in from the right and fired home with a thunderous shot. 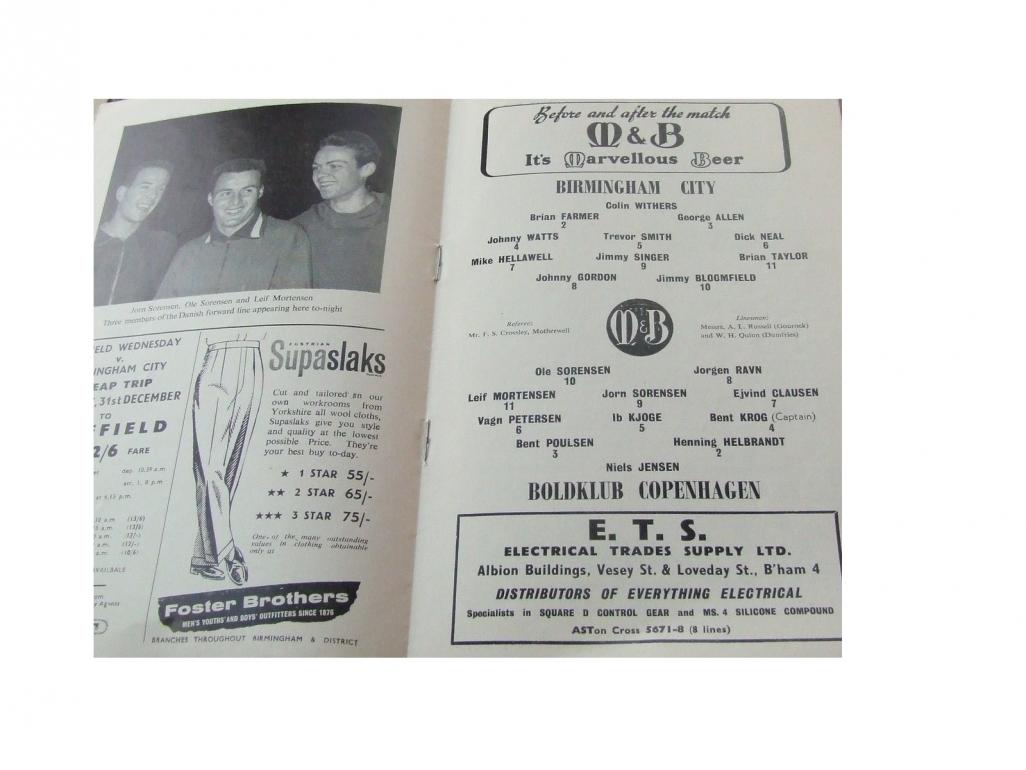 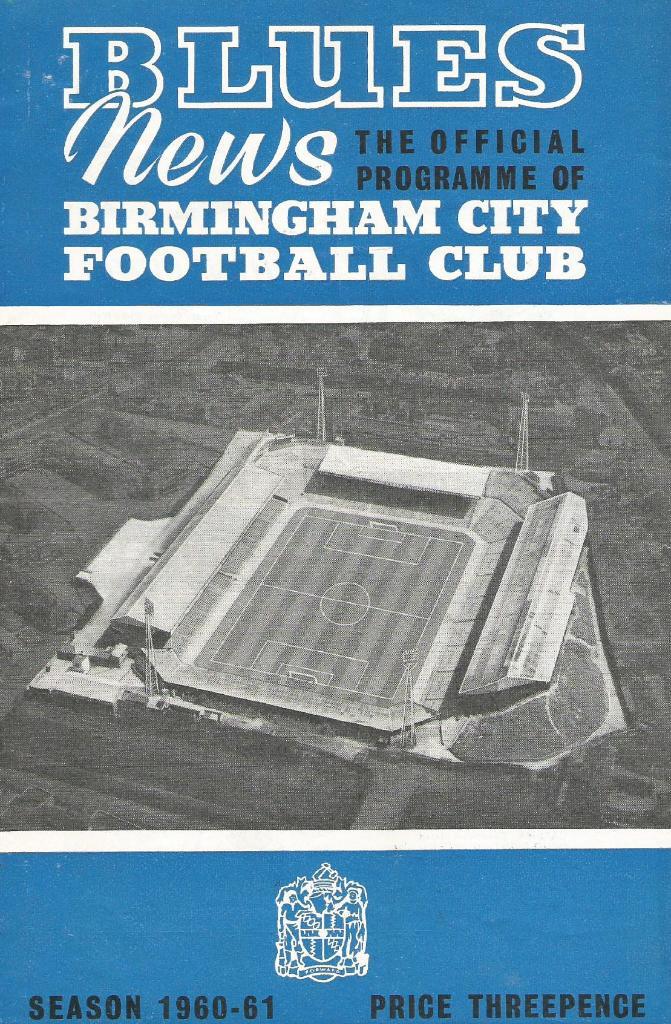 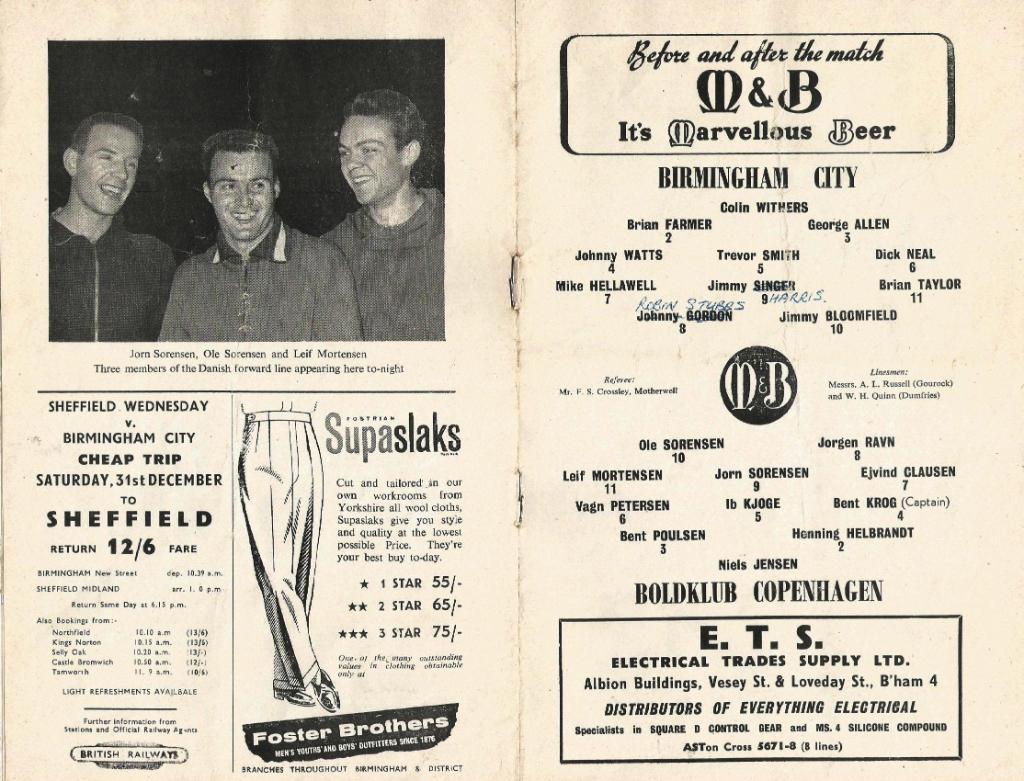